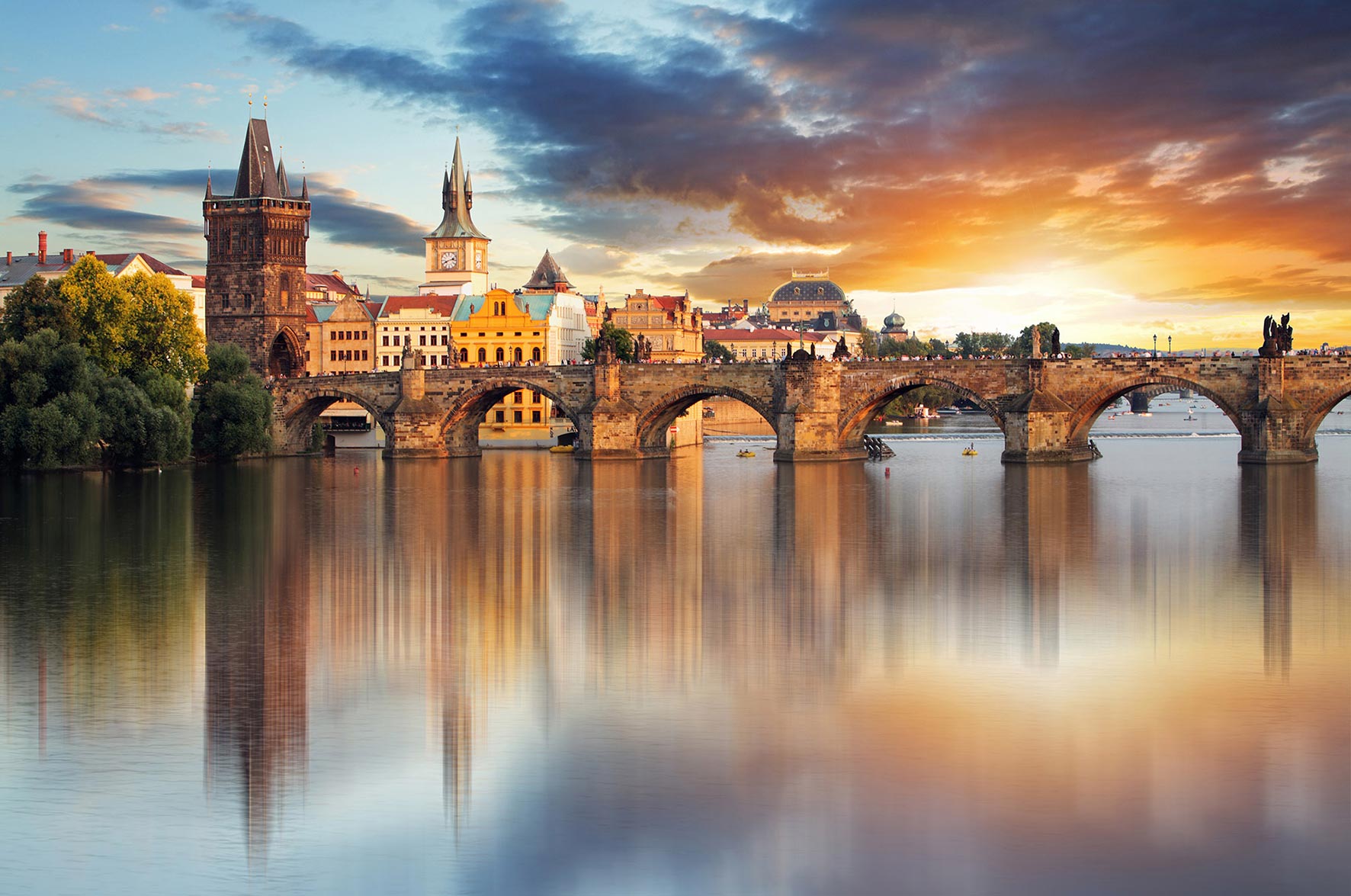 Charles Bridge is the oldest bridge in Prague, it was built in 1357 by the Czech king and Holy Roman Emperor Charles IV. It is 516 metres long and about 10 meters wide, and was built of sandstone blocks. The bridge is decorated with 30 mostly baroque sculptures and groups of statues of Czech patrons and other saints.

The Old Town Square is one of those unique places which no lover of Prague historical sights should miss out on. The square is full of monuments originating from various historic areas. There are two beautiful churches – the Gothic Church of Our Lady before Tyn and the Baroque Church of St. Nicholas. Aswell as the churches, tourists will admire the Old Town Hall with its famous Astronomical Clock. On the square there is also a Marian Column, monument of religious reformer Jan Hus, Golz-Kinsky Palace and the House at the Stone Bell. 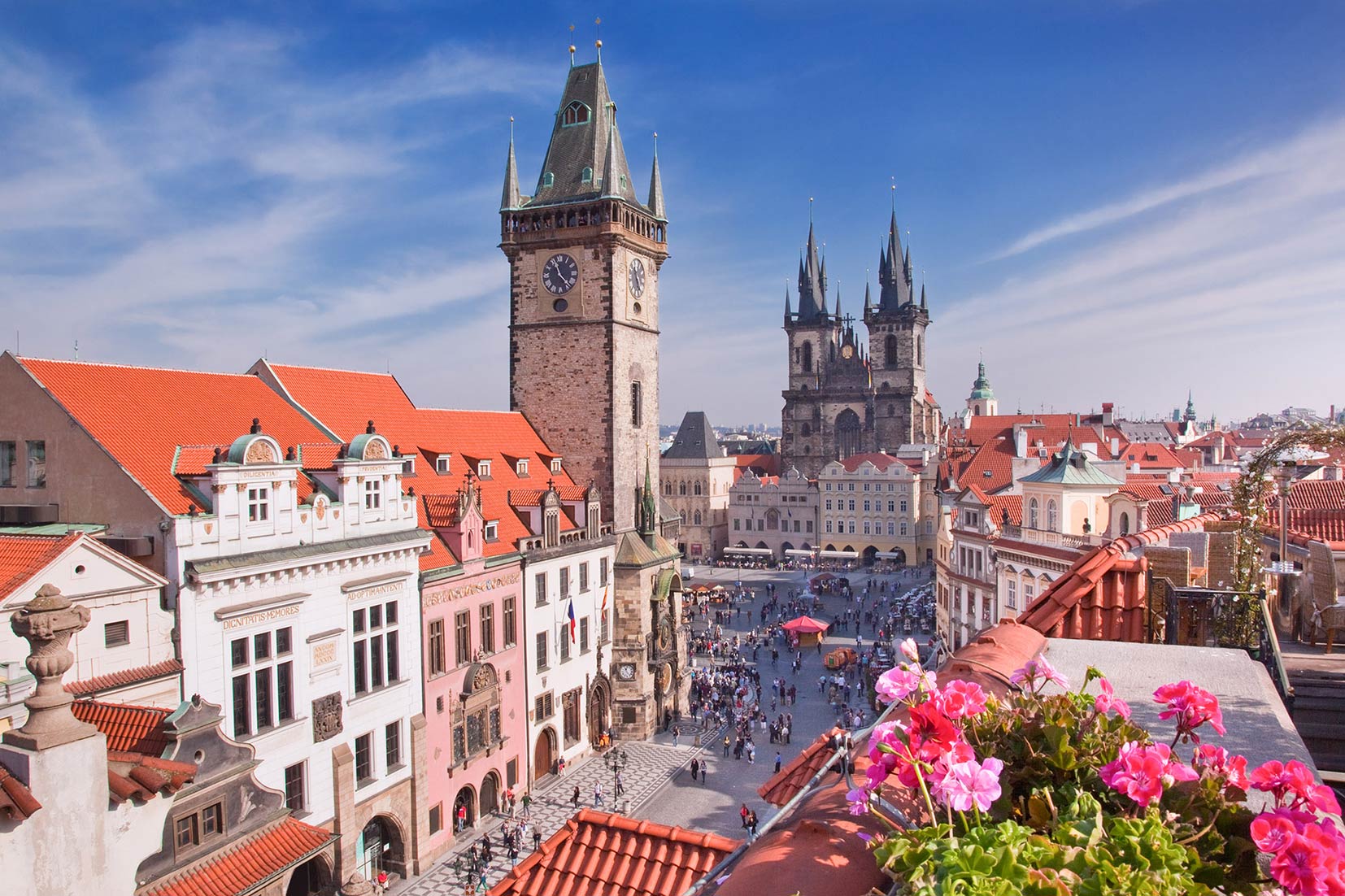 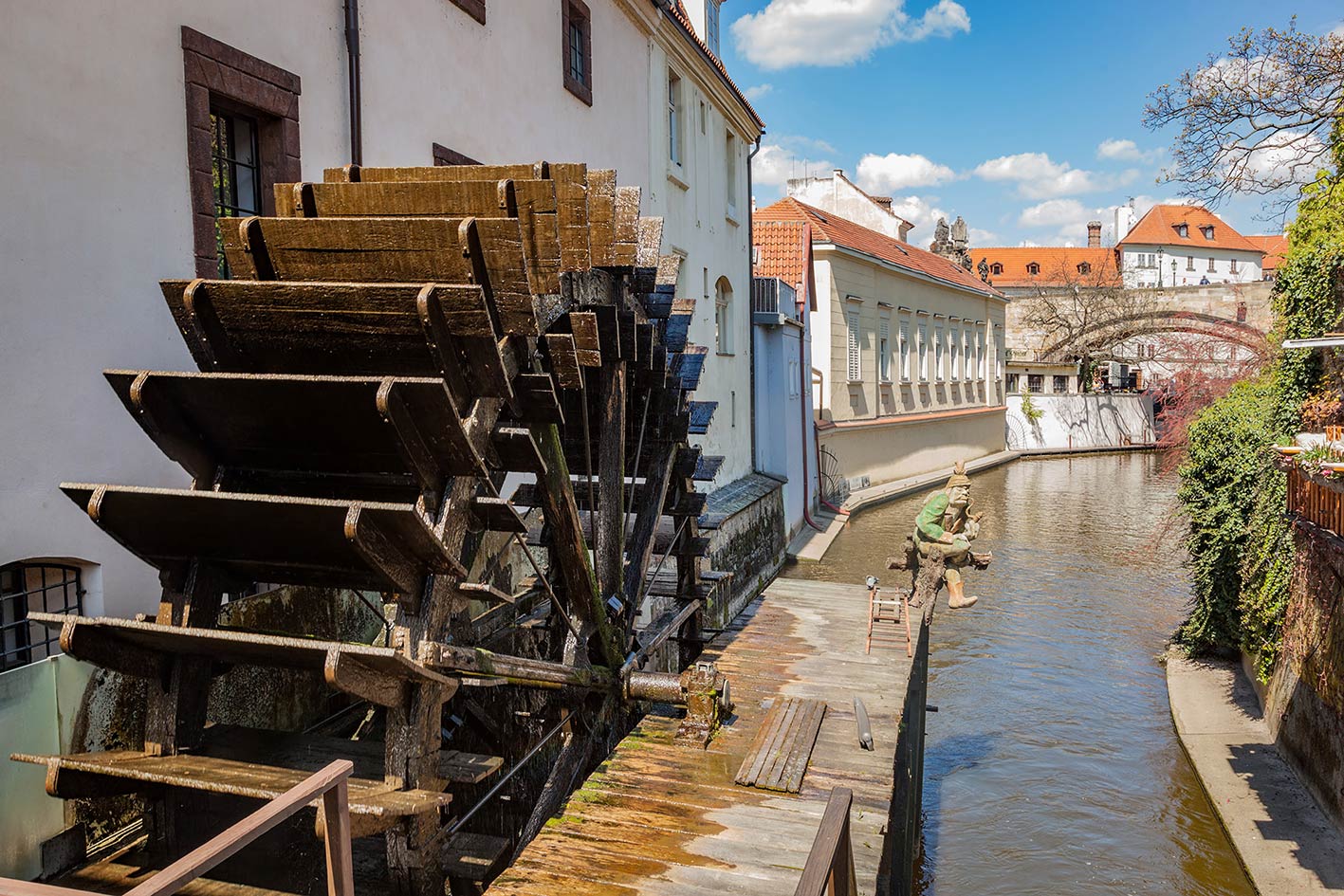 Kampa Island is a beatiful and pleasant place. There is a nice park, famous Werich Villa and Museum Kampa. Island is separated from the Lesser Town riverbank by a small stream which has been known as Čertovka – the Devil’s Stream. This picturesque corner of Prague might be sometimes known as the „Prague Venice“. 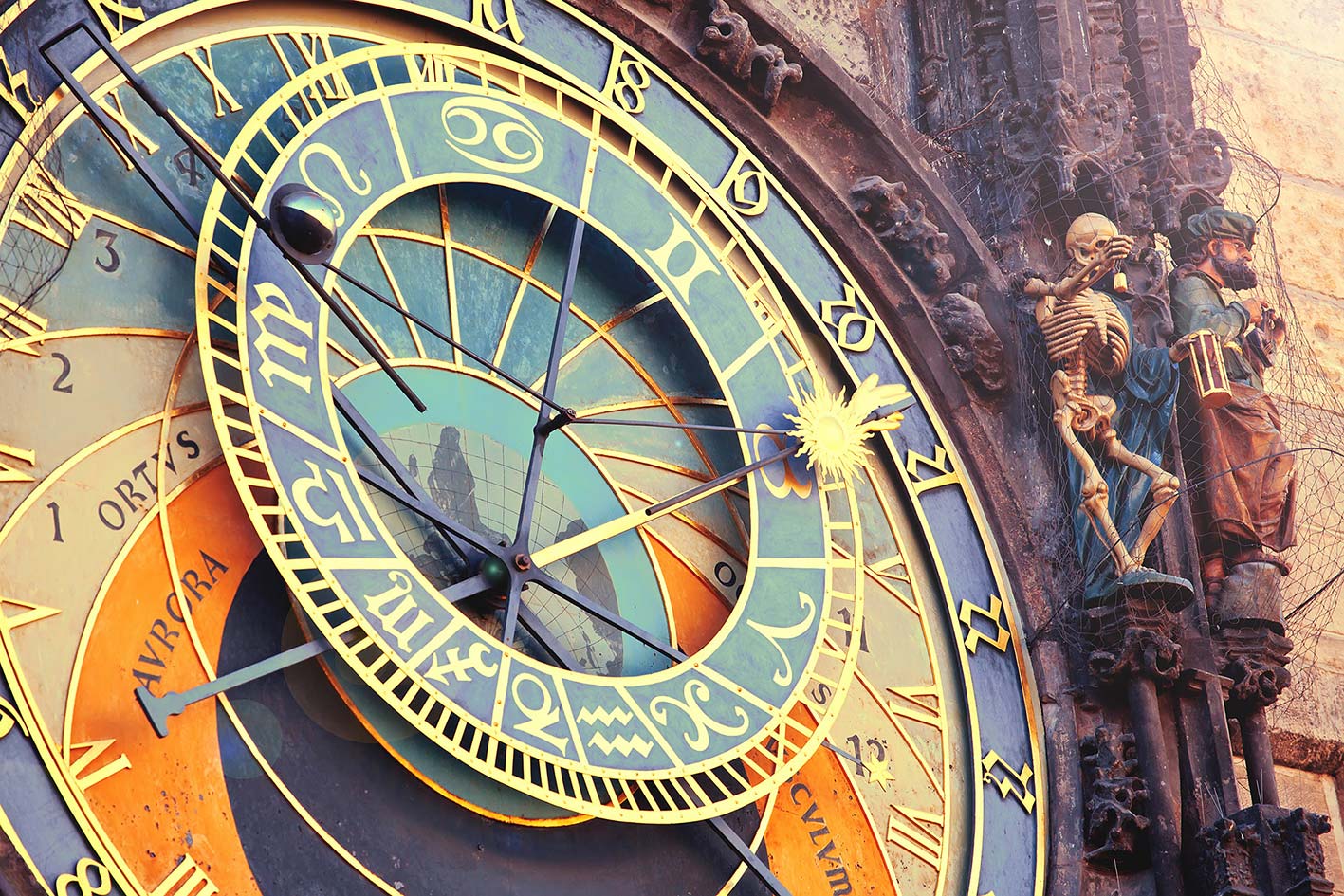 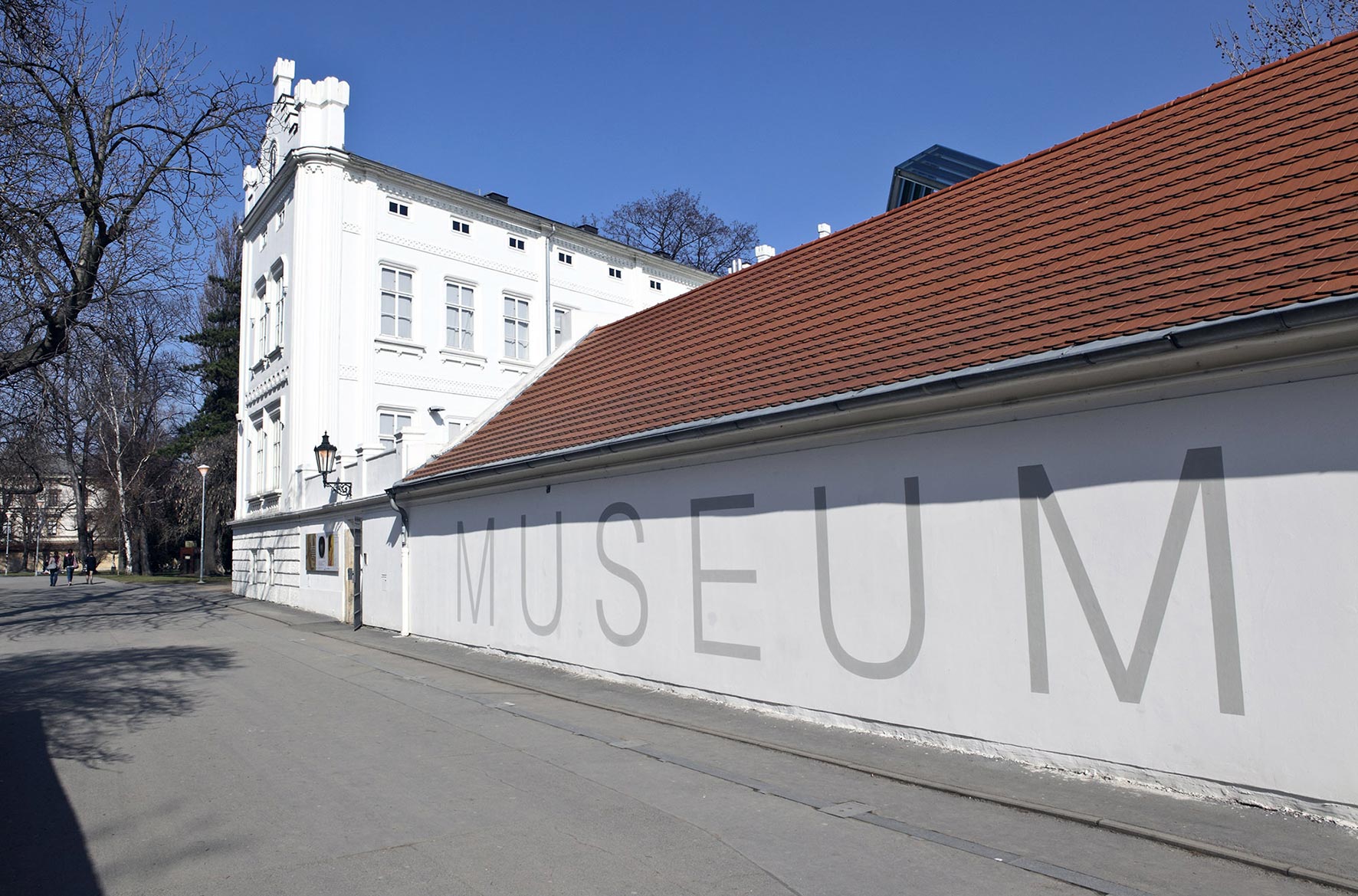 Museum Kampa is a modern art gallery in Prague, showing Central European, and in particular Czech work. The pieces are from the private collection of Meda Mládek, wife of Jan V. Mládek.

The history of Prague Castle dates back to the 9th century. It has always been the seat of Czech princes and kings and nowadays presidents. According to the Guinness Book of Records, Prague Castle is the largest ancient castle complex in the world. You can find here famous St. Vitus Cathedral, Golden Lane, St. George’s Basilica and much more. 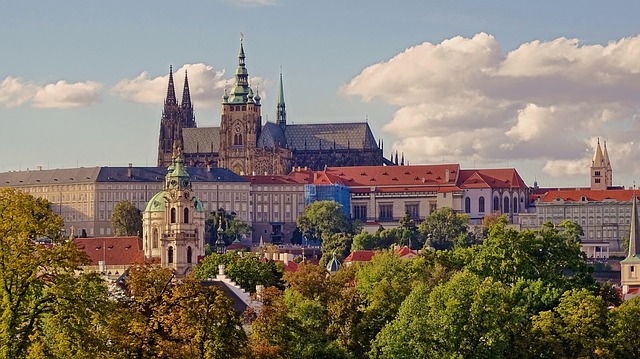 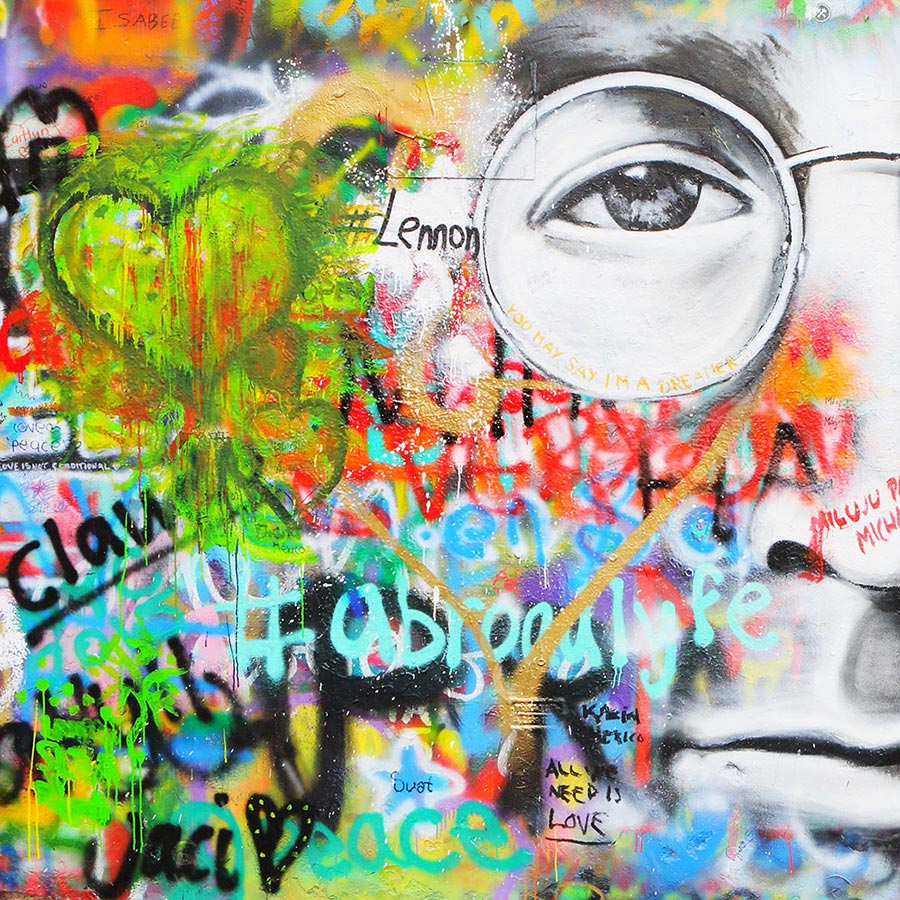 Lennon Wall is located in Kampa and is part of the Maltese Garden Wall. Inscriptions on the wall appeared as early as the 1960s. These were various poems, messages for Jan Werich and later protest inscriptions. After the death of John Lennon in 1980, someone created Lennon’s symbolic tombstone here. Flowers, candles, photographs and, last but not least, graffiti associated with John Lennon and The Beatles, which made Lennon’s wall famous, soon began to appear here.

Franz Kafka is considered to be one of the most important and influential writers of the 20th century. His work, most of which was published posthumously, continues to be a source of research, scholarship and philosophical discussion in diverse academic, literary and popular arenas. 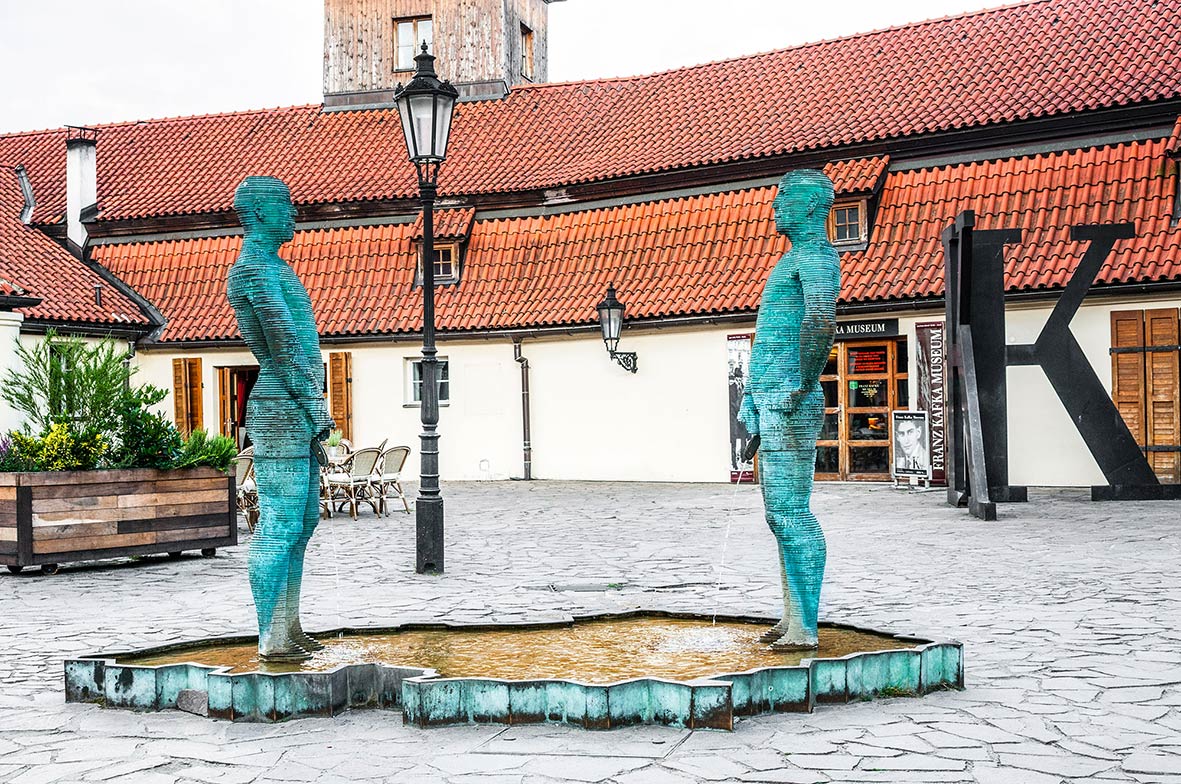 Church of Our Lady Victorious is an early Baroque building from the 17th century. The church is famous mainly for the Infant Jesus of Prague, which is located in it. The Infant Jesus is originally from Spain. 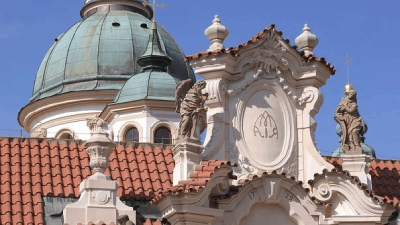 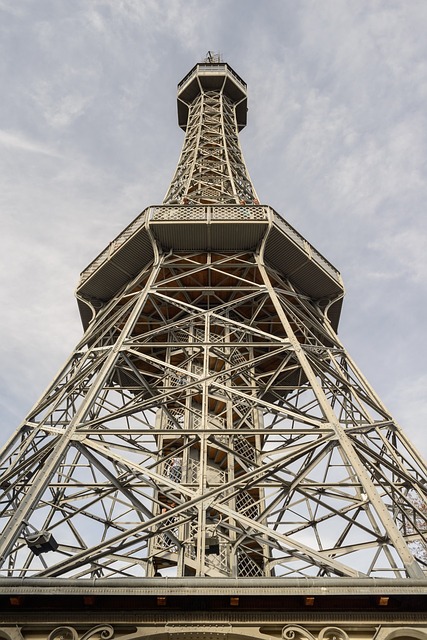 Prague‘s narrowest street at a mere 50cm is located in the Lesser town. This tiny street is so narrow, that it had to be equipped with traffic lights for the people not to collide. The street is steep, full of stairs and doesn’t even have a name. It leads from U Luzickeho seminare street to the Certovka restaurant, which offers spectacular views of the Charles Bridge. 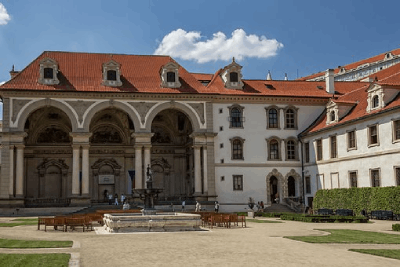 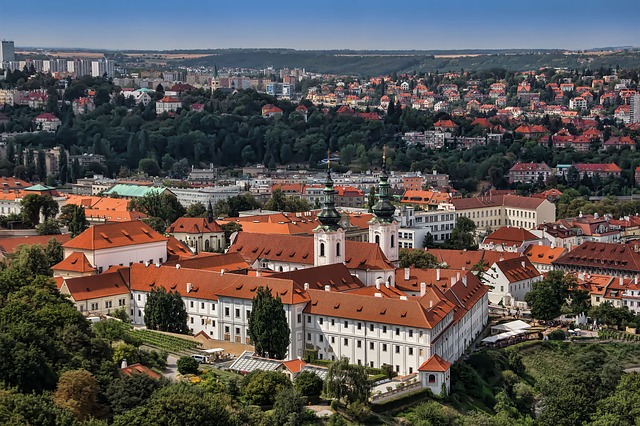 Josefov represents one of the historical towns of Prague as well as the smallest catastral district of Prague and was formerly the old Jewish ghetto. You can find here several synagogues, Old Jewish cemetery and Jewish Town Hall. Today, these monuments are managed by the Jewish Museum in Prague.

Built between 1992 and 1996, Dancing House represents a modern contrast to Prague’s historic attractions. The building is an example of deconstructivist architecture, with an unusual shape – you can actually see a couple – woman and man dancing together, holding their hands, with a skirt that sways to the music. 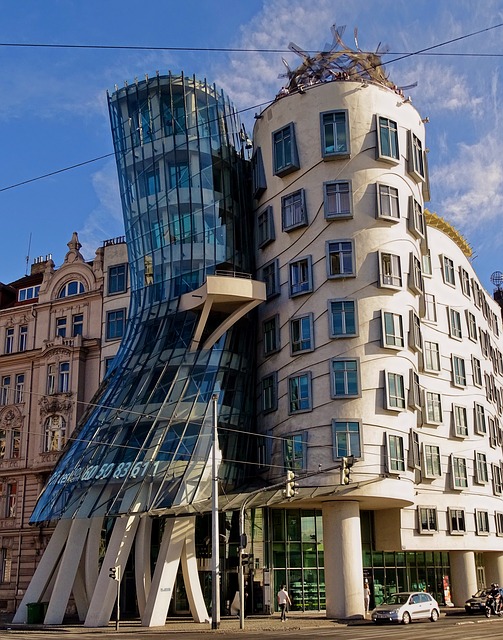 The Klementinum was built as early as 1556 by the Jesuit order as a college of the Ferdinand Academy, later Charles University. There was also a library, a pharmacy, a hospital and two chapels in the Klementinum complex. Since 1781, the National Library has been located here. The tours include an astronomical tower, a baroque library hall with rich frescoes and a unique Mirror Chapel.

It is a Neo-Renaissance building, which was built in the years 1876-1881 according to the plans of Josef Zítek and Josef Schulz. The building is named after Crown Prince Rudolf. Today, the Rudolfinum building serves the Czech Philharmonic, and concerts are held here regularly. The building also houses the Rudolfinum Gallery. 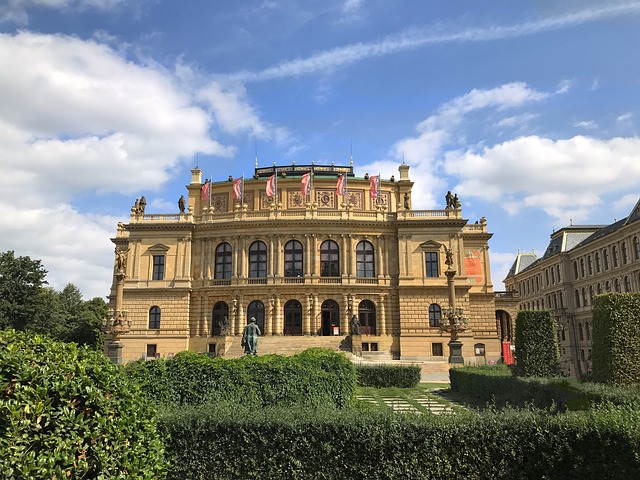 The National Theatre is one of the most beautiful buildings in Prague evoking the Czech national spirit and unity. The National Theatre represented a monumental project in the second half of the 19th century. Because of insufficient funds for its construction, nationwide collections were organized and money was collected from all social classes.

The National Museum is considered to be the most extensive museum institution in Bohemia, and was founded as the „Patriotic Museum“ as in 1818. The collections of the National Museum contain about 14 million artifacts of natural history, history, arts, music and librarianship. The main and historical building is on the Wenceslas square, but museum also administers exhibitions in other prestigious buildings in and outside of Prague.

There are many important buildings in Nerudova Street, such as the Kinský Palace, the Morzin Palace, or the Kolovrat Palace. There are also a large number of town houses. These houses are mostly medieval, with Renaissance or Baroque reconstruction. On these houses are interesting their preserved house signs, which used to be valid instead of area codes.

Karolinum is the oldest university college in Central Europe. It is part of Charles University, which was founded on April 7, 1348 by Charles IV. Karolinum has served and still serves as the seat of professors and the rector, as well as for ceremonies.

The Municipal House is one of the most famous Art Nouveau monuments in Prague. It is also important because it was here that the independence of Czechoslovakia was declared on October 28, 1918. There are many representation halls in the house, which were decorated by the most important artists of the time, including M. Aleš, F. Ženíšek, J. V. Myslbek and J. Preisler. The most interesting rooms include the Smetana Concert Hall and the Mayor’s Lounge, which is the work of A. Mucha.
READ MORE

In 1348, Bohemian King Charles IV founded the New Town of Prague. This Gothic town included three main market places, the second largest, of which, was the Horse Market. Since the end of the 19th century, it has been named in honor of the important Czech patron saint – Wenceslas Square. At the top of the Wenceslas Square, there is a National Museum and a statue of Saint Wenceslas.